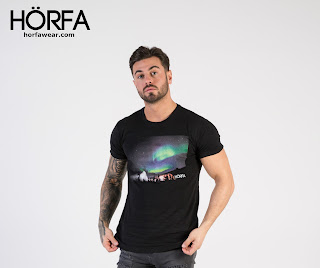 VIP Boxing double title bill to be broadcast on SportyStuffTV

VIP BOXING have announced that their double title bill at Doncaster Racecourse on Saturday October 8th will be televised live by SportyStuffTV for FREE.

Both contests are 50/50 and will give bookies a headache when they price up the exciting ten round battles.

Promoter Steve Woodhead of VIP Boxing: “I am delighted that SportyStuff TV will broadcast the main events free to air on their various platforms.

“It guarantees huge exposure for everyone on the bill and it’s particularly pleasing that two of the boxers in the title contests Reece Mold and Zahid Hussein are promoted by VIP Boxing.

“We have two genuine 50/50 championship contests which other promoters talk about, but constantly fail to deliver.”

VIP Boxing is working on the show alongside local community club Freedom Boxing and their head coach Jimmy Harrington says it will be an event to remember. I have added: “It is great to be working with VIP Boxing in bringing big time boxing back to Doncaster. It has been a long time since the TV cameras have been here for boxing.

“Steve has matched two great title contests and is putting together a great undercard that includes five of my local lads, who I am sure will be well supported.”

Mould, 27, hopes that defeating unbeaten Ghaz will line up a second British title fight. He performed heroically when he challenged Leigh Wood for the British Featherweight title last year losing to the current WBA World champion in nine rounds.

Hussein is thirsty for revenge against Sheffield’s Najib having lost on points when they met over ten rounds in March 2019, and says: “It was controversial last time and it is one I am desperate to avenge.”

The undercard will be shown on VIP boxing’s YouTube channel with both championship bouts live on SportyStuffTV (@Sky 437 @Freesat 250 @Freeview 264 and www.sportystuff.tv) VIP Boxing will announce the undercard next week, but it will include Roman Fury, the brother of World Heavyweight champion Tyson Fury and Tommy Fury.

Boxing Steve Wood’s VIP Boxing promoted their first professional show in 1996 and quickly cemented their status as one of British’s boxing’s busiest promotional and management companies. They have 90 boxers on their books at present. Among their current champions are IBF World Featherweight title holder Josh Warrington and European Super-Featherweight champion Zelfa Barrett.